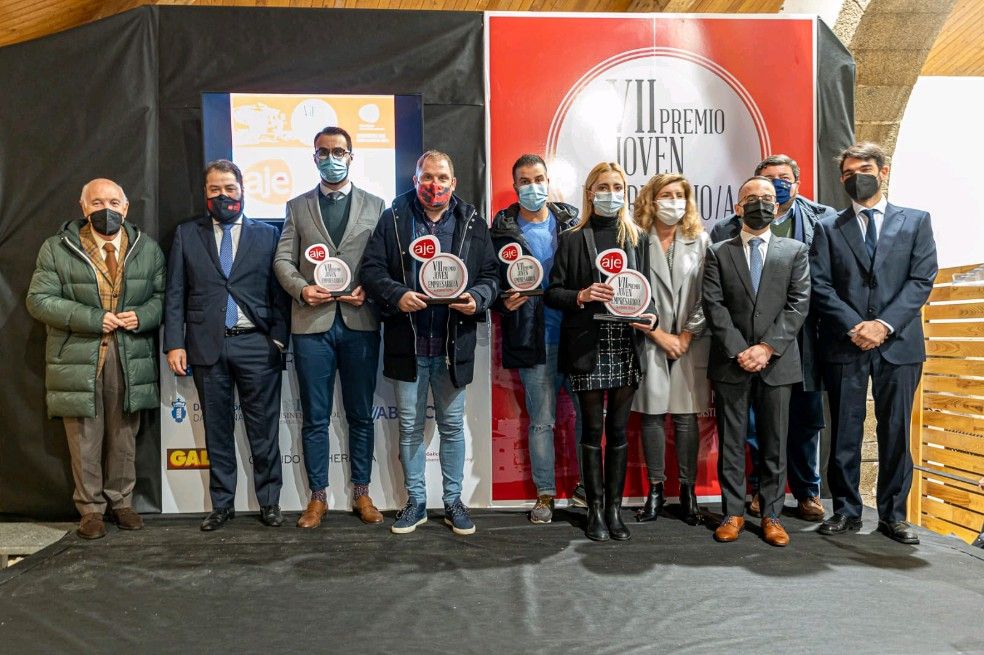 The ABZU project, supported within the framework of the European project Sherpa do Mar and led by the eumés entrepreneur Gabriel Torrente, receives the second prize for innovation in the seventh edition of the “Young Entrepreneur and Entrepreneurial Initiative” awards organized by the Youth Association Entrepreneurs from Ferrolterra, Eume e Ortegal, AJE Ferrolterra.

Last Friday, November 26, the ceremony for the VII Young Entrepreneur / ae Initiative Entrepreneurship Awards -of AJE Ferrolterra- was held at the Castillo de San Felipe in Ferrol, bringing together all the business fabric of the region in an event in the that the best business initiatives in the region were awarded in the last year.

The second prize awarded to the ABZU project recognizes those innovative ideas that represent a qualitative improvement for the activity of the company or society in general and the application of Industry 4.0.

The project that is currently being accelerated in the Sherpa do Mar entrepreneurship support program, Sherpa Journeys, has developed a platform to promote digital transformation in ports. Led by the 37-year-old ship agent Gabriel Torrente, and developed by Imatia, this application aims to bring together all the actors in the port chain to facilitate their internal communication in the face of the various variables caused by the arrival and stay of a ship.

Sherpa do Mar is a project integrated in the INTERREG VA Spain-Portugal Cross-Border Cooperation Program (POCTEP) 2014-2020, co-financed 75% by ERDF funds, whose purpose is to launch a cross-border network of entrepreneurship in the marine-maritime field and blue economy, through the Sherpa Journeys program, which favors job creation and increased business competitiveness through the promotion of technology-based companies.

The project is led by the University of Vigo, through the REDE research group, Campus do Mar and the R&D Office, and has the participation of the Vigo Free Zone Consortium, the Galician Innovation Agency (GAIN) and the universities of Santiago and A Coruña. On the part of Portugal it has the participation of the Asprela Technology Transfer Association (UPTEC), UPorto-Innovação of the University of Porto (UPIN), the Interdisciplinary Center for Marine and Environmental Research (CIIMAR) and the Fórum Oceano-Associação da Economia do Mar.