ABZU, A GALICIAN PROJET FROM SHERPA JOURNEYS, DEVELOPES A PLATFORM TO PROMOTE THE DIGITAL TRANSFORMATION OF PORTS AND CARRIES OUT ITS FIRST PILOT TEST IN BURELA (GALICIA) 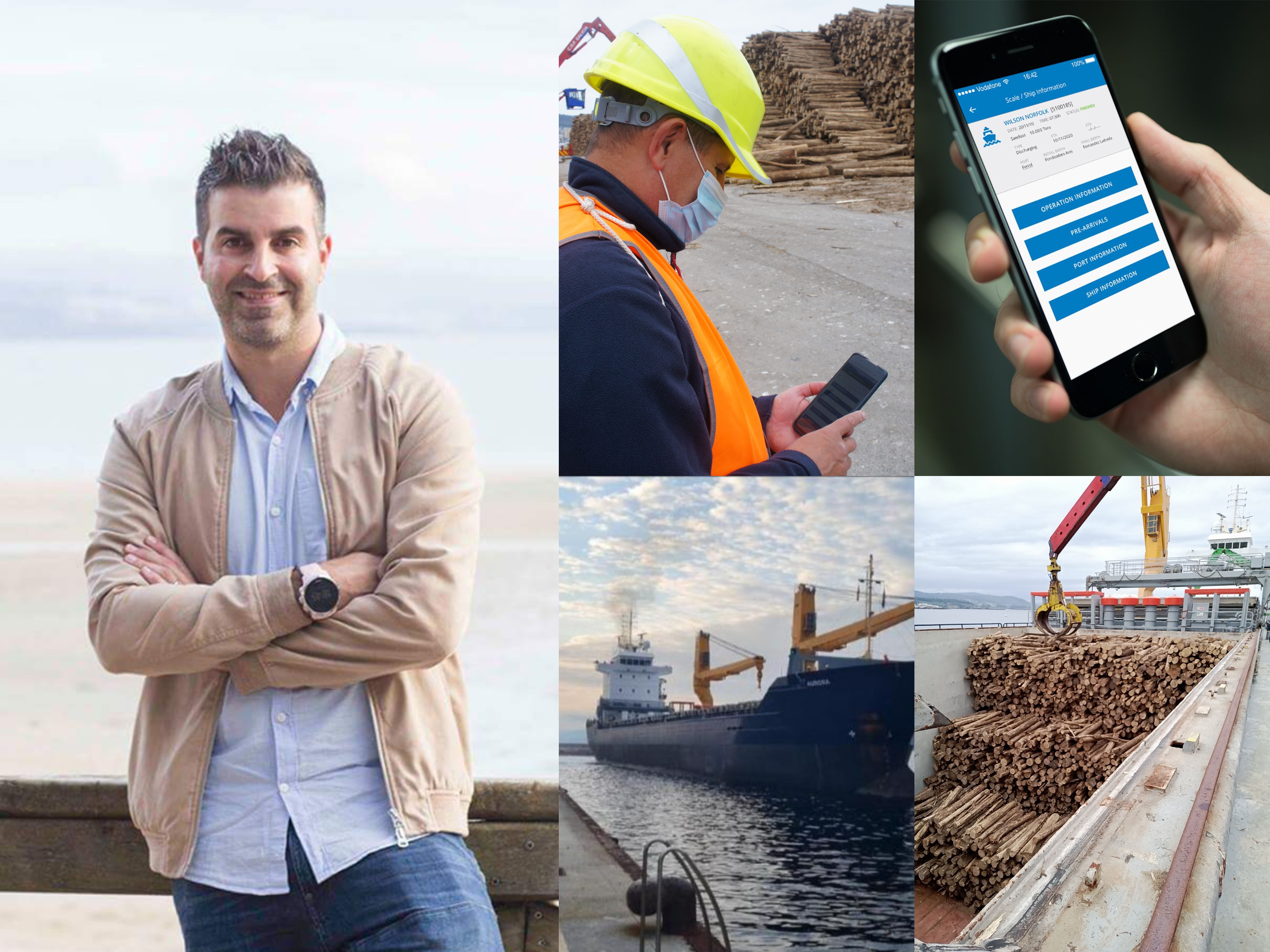 According to the project developers, an operator that receives a hundred ships a year would save 50,000 euros in inefficient communications thanks to this app

Yesterday the first pilot test was carried out in the port area of Burela with a merchant ship from Portugal, in which eight companies took part

It is currently in the second phase, which includes the integration of blockchain technology in the port environment to accelerate payments to workers

The Galician project ABZU, which is currently being accelerated in the Sherpa do Mar entrepreneurship support program Sherpa Journeys, has developed a platform to promote digital transformation in ports. Led by the 37-year-old ship agent Gabriel Torrente, and developed by Imatia, this application aims to bring together all the actors in the port chain to facilitate their internal communication in the face of the various variables caused by the arrival and stay of a ship.

"The objective is to optimize the time and cost of port operations, including all companies with active participation in the port, through direct and fluid communication," says Torrente. According to his estimates, an operator that receives a hundred ships a year, would save 50,000 euros in inefficient communications thanks to this app. "It provides more transparency and confidence because all movements are registered," says the consignee.

Yesterday the first pilot test was carried out in the port area of ​​Burela (Galicia) with a large tonnage vessel flying the Finnish flag from Portugal, in which the eight companies involved in the berthing participated. During the test, ABZU's efficiency and agility became clear, saving everyone involved a lot of time and work. The objective now is for its use to be extended to other ports in Galicia, Spain, Portugal and Latin America, an issue in which progress is already being made.

The project is currently in the second phase of its development, which includes the integration of blockchain technology in the port environment to accelerate payments to all companies involved in a port operation. In parallel, Torrente is also working on the incorporation of the traceability of fishery products and different merchandise, as well as port tokenization, which it considers "one of the fundamental pillars of ports 4.0". This is a pioneering initiative at an international level for which the good practices of shipping companies in terms of Corporate Social Responsibility will be rewarded.

Sherpa do Mar is a project integrated in the INTERREG VA Spain-Portugal Cross-Border Cooperation Program (POCTEP) 2014-2020, co-financed 75% by ERDF funds, whose purpose is to launch a cross-border network of entrepreneurship in the marine-maritime field and blue economy, through the Sherpa Journeys program, which favors job creation and increased business competitiveness through the promotion of technology-based companies.

The project is led by the University of Vigo, through the REDE research group, Campus do Mar and the R&D Office, and has the participation of the Vigo Free Zone Consortium, the Galician Innovation Agency (GAIN) and the universities of Santiago and A Coruña. On the part of Portugal it has the participation of the Asprela Technology Transfer Association (UPTEC), UPorto-Innovação of the University of Porto (UPIN), the Interdisciplinary Center for Marine and Environmental Research (CIIMAR) and the Fórum Oceano-Associação da Economia do Mar.